Skip to content
Frances B. Randle 4 weeks ago 2 min read

Video streaming is now increasingly popular in the era of the COVID-19 pandemic when billions of the world’s population stay at home and spend time watching movies/television series. Revenue from the video streaming segment is also expected to increase to $ 30.4 billion by 2024 and big players such as Disney, HBO, and Amazon are investing heavily in Over The Top (OTT) media and ott advertising, which is quickly becoming an important category for app makers. and advertisers. 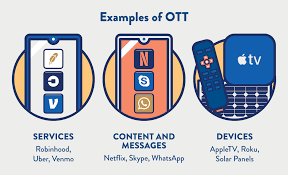 When we hear the term OTT, the first thing that comes to our mind is probably watching television over the internet. However, mobile devices (smartphones) play an important role in OTT when users watch in the living room or while traveling.

The eMarketer report states that 63% of customers in the US access OTT from TV the most. Smartphone devices rank second, namely 11.6%. However, the duration of a user watching OTT on a smartphone is equivalent to almost 25% of the total viewing duration.

This means that the duration of smartphone device users watching OTT is above the average of other users. Also, smartphones are often the second screen for OTT customers. Streaming service provider company Roku provides a function so that users can use their smartphone as a remote control.

However, in general, how many users have never used a smartphone to watch episodes of popular series on the go?

Strategically, this is important for marketers to know because even users who are still watching from TV can be encouraged to install the apps they watch while streaming.

Along with the development of the OTT ecosystem, competition for viewers is getting tighter. After dominating for nearly ten years, Netflix now faces significant challenges. OTT is no longer categorized as a niche but as a mass market. Increasing competition is accompanied by increasing pressure – especially for marketers.

Measurement is becoming increasingly important in highly competitive ecosystems. User Acquisition (UA) Managers for OTT services – and advertisers seeking to capitalize on the popularity of OTT – must be able to precisely identify the critical factors that increase Customer Lifetime Value. Good performance is the most determining factor.

3 weeks ago Frances B. Randle

2 months ago Frances B. Randle

You may have missed

3 hours ago Frances B. Randle

4 Benefits Of Watching Movies According To Experts

Staffing Companies: Everything you Really should Know Like a Job Seeker

Exactly What Is The Best Type Of Honey For Getting Old Skin?

4 days ago Frances B. Randle